Stave
The stave was a very well seasoned piece of osage with lots of character there, humps and bumps, snaky curves, changing crown and some twist – caused into a lot of correction work (all done with the heat gun). The stave was too thin at handle, so I glued on a piece of matching osage. I tried to get invisible, but if you look close you can see it.

Fuming
The stave /bow was rough tillered before fuming (with ammonia). The whole thing came out pretty well black/dark brown. It was in the fuming tube for 5 days. The tillering process brought out a nice golden brown on the belly side.

Design
She is a asymmetrical flattie with steamed in gentle recurves. Cross section is more or less recangular, particularly with concave belly depending on the changing crown, tapering out into triangular outer tips.
One additional ring on the tips works like a kinda natural grown overlay and allows at the handle a sharp rounded back.

The pics do not justice to the beauty of that bow, belief me. Belongs to the light, sometimes the back of this bow looks deep dark as night, sometimes it shimmers like a golden brown (can you hear The Stranglers?). 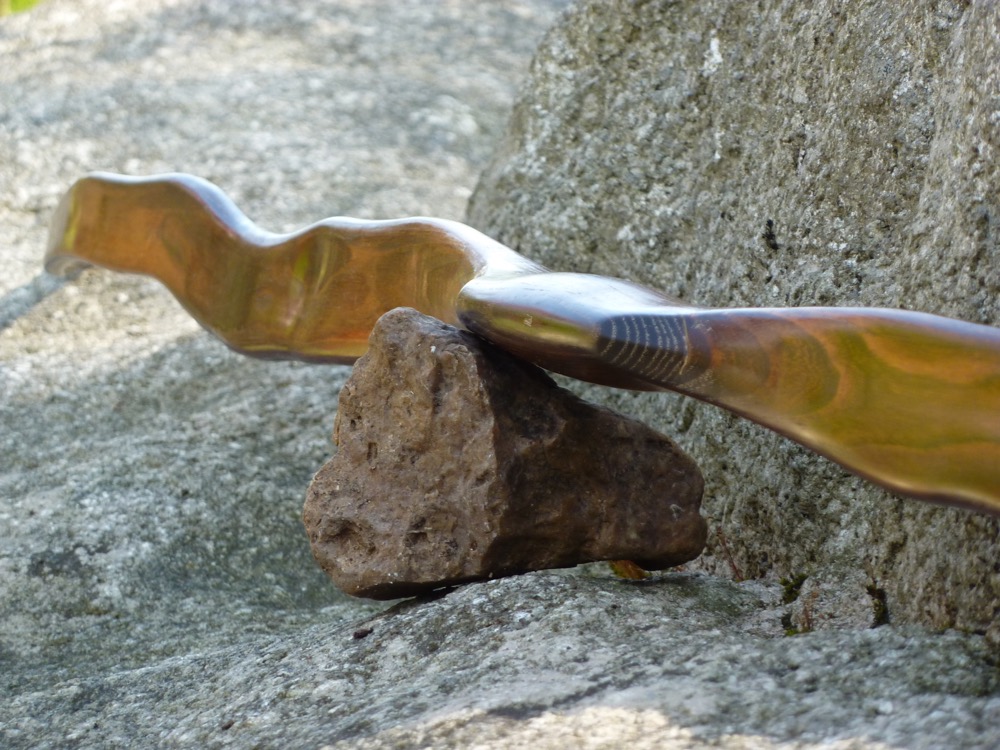 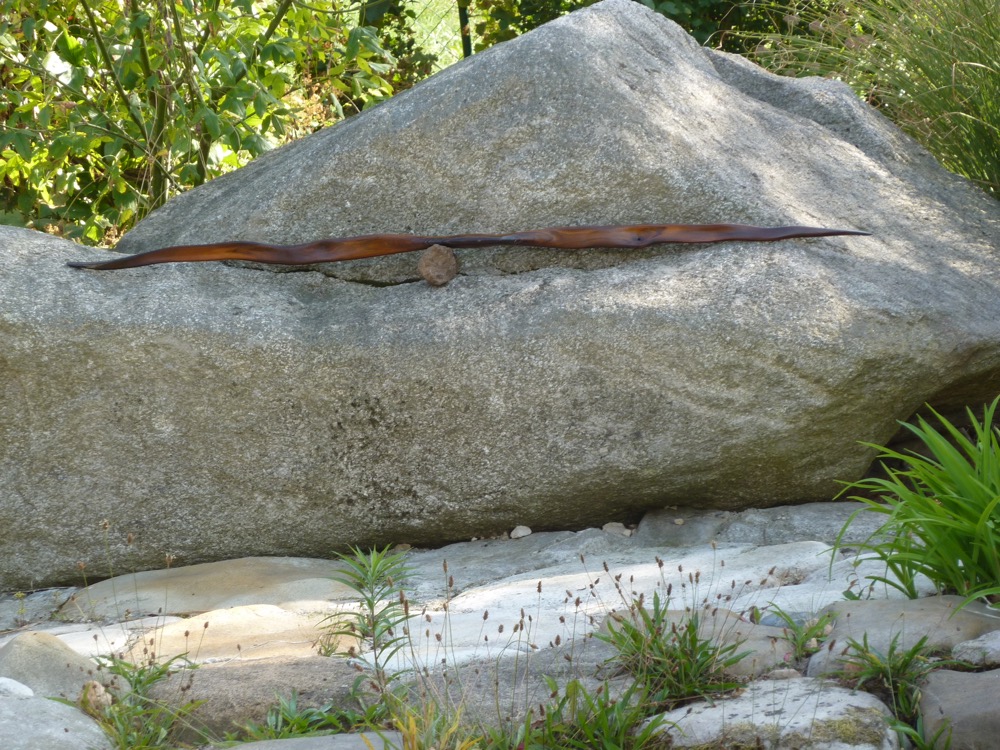 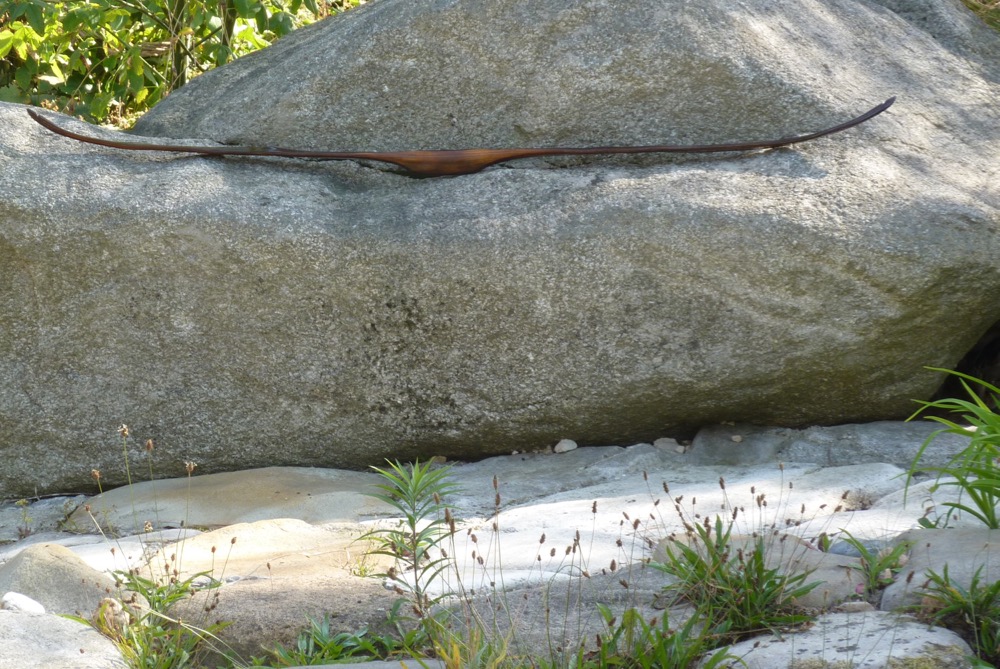 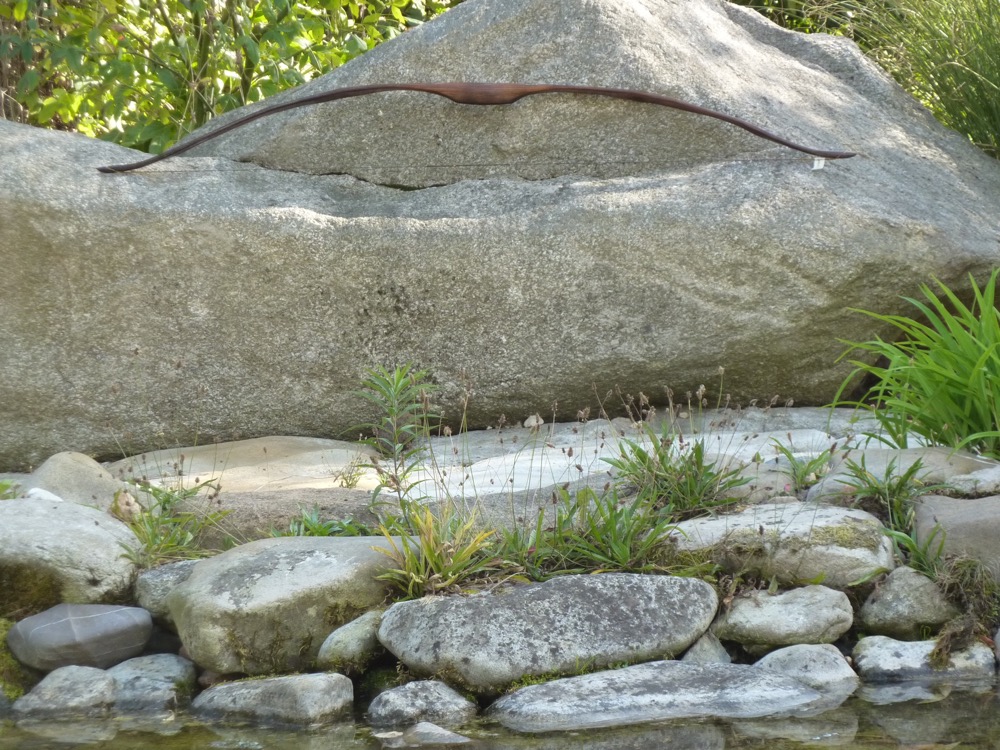 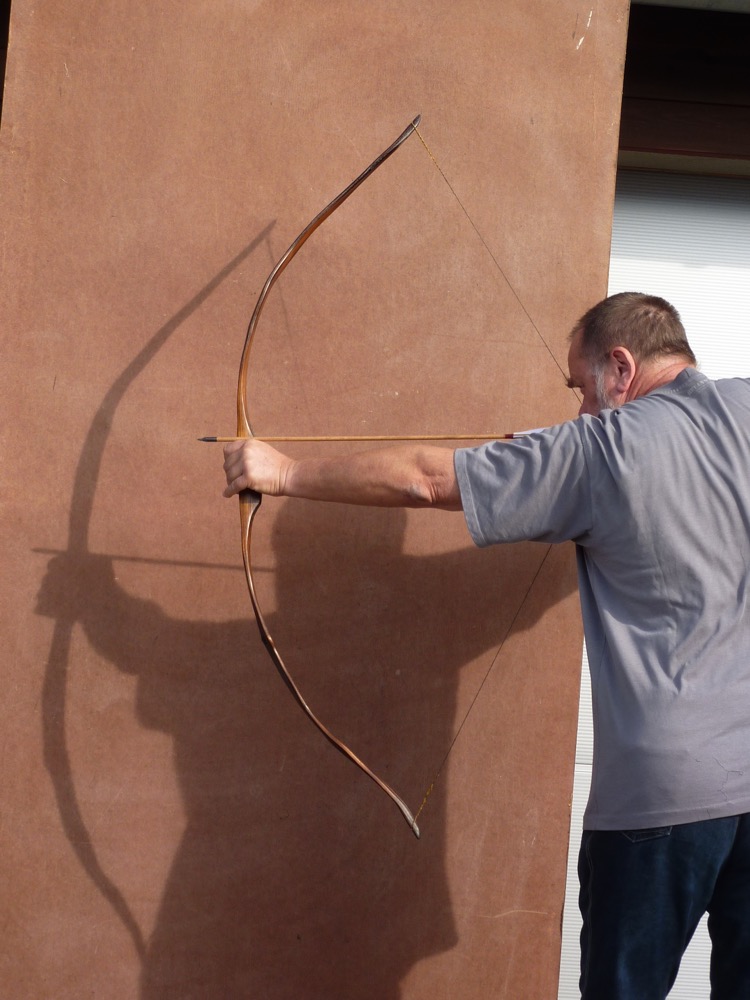 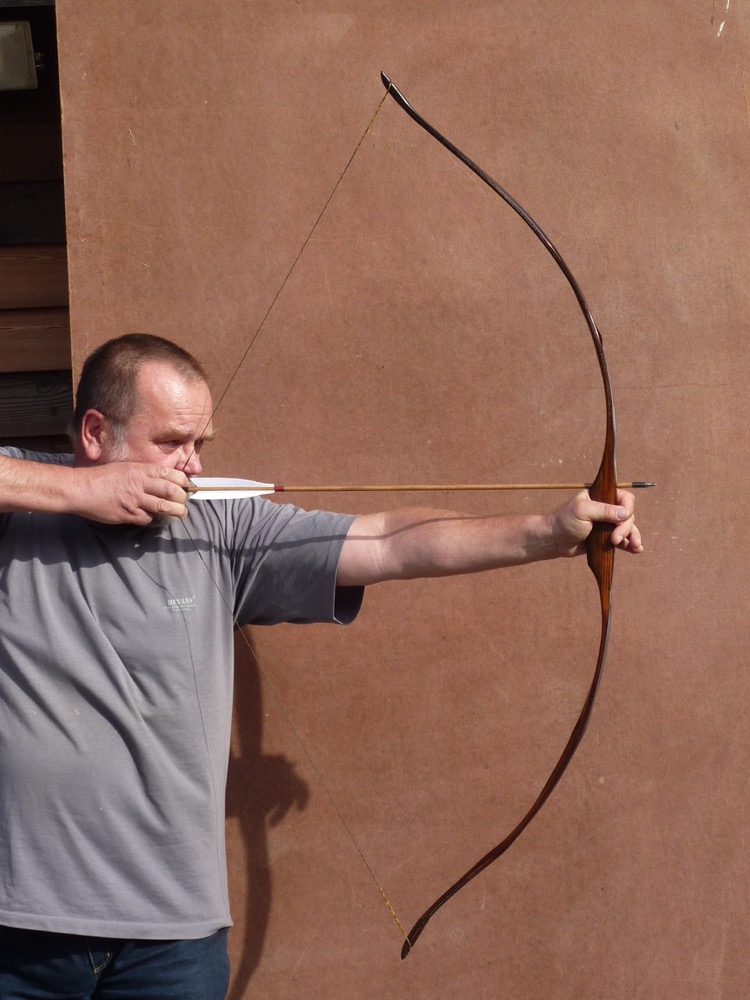 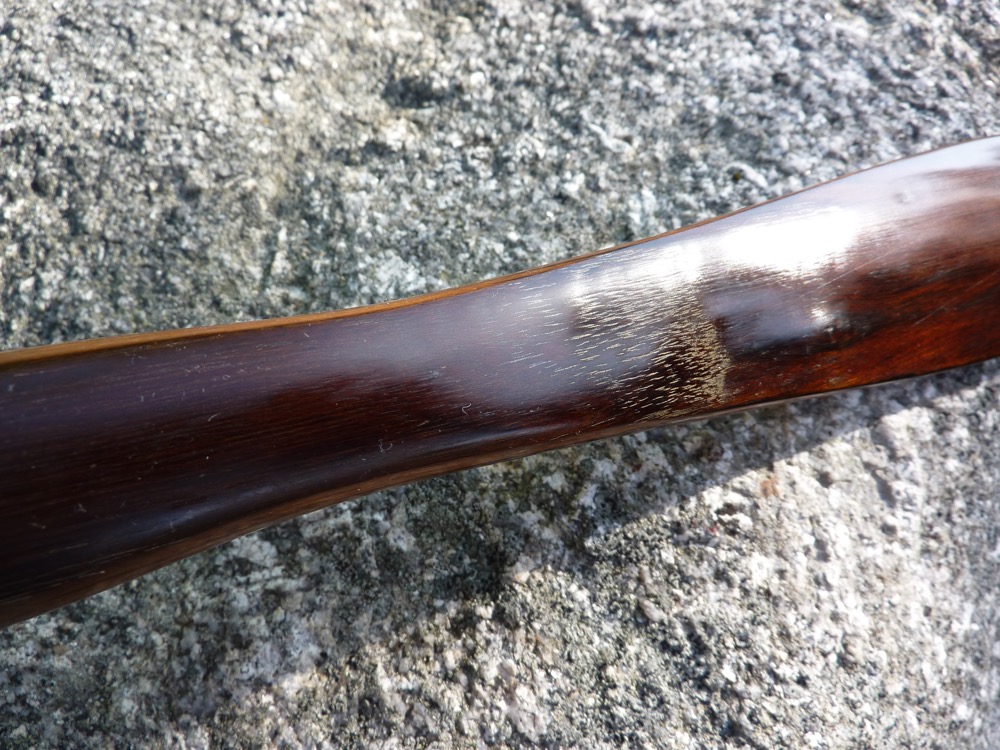 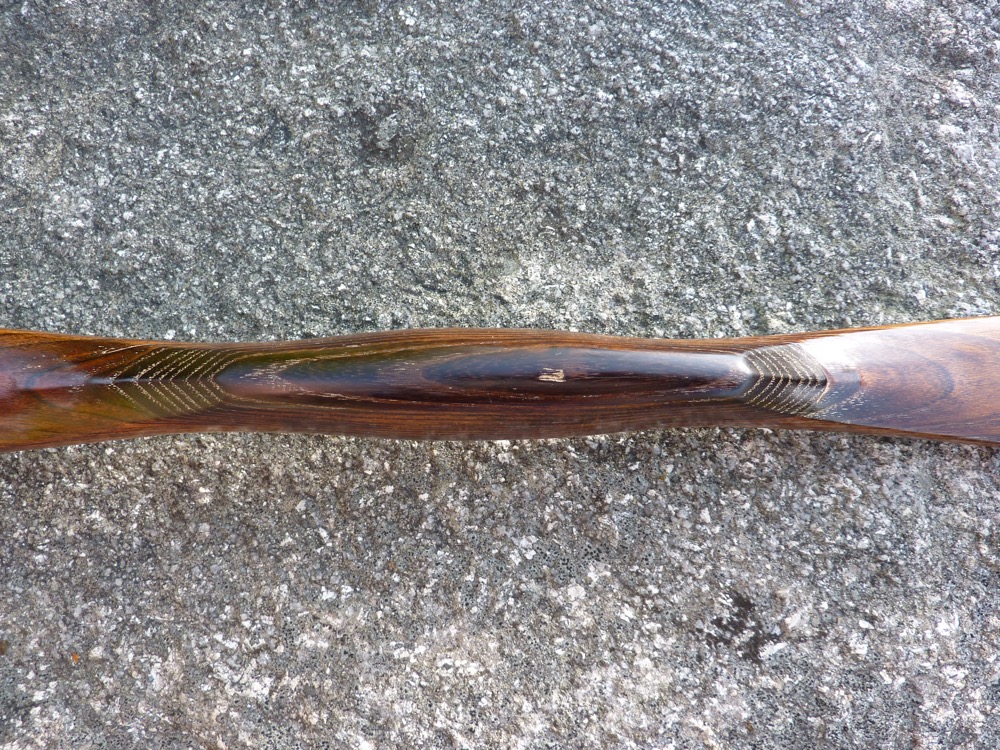 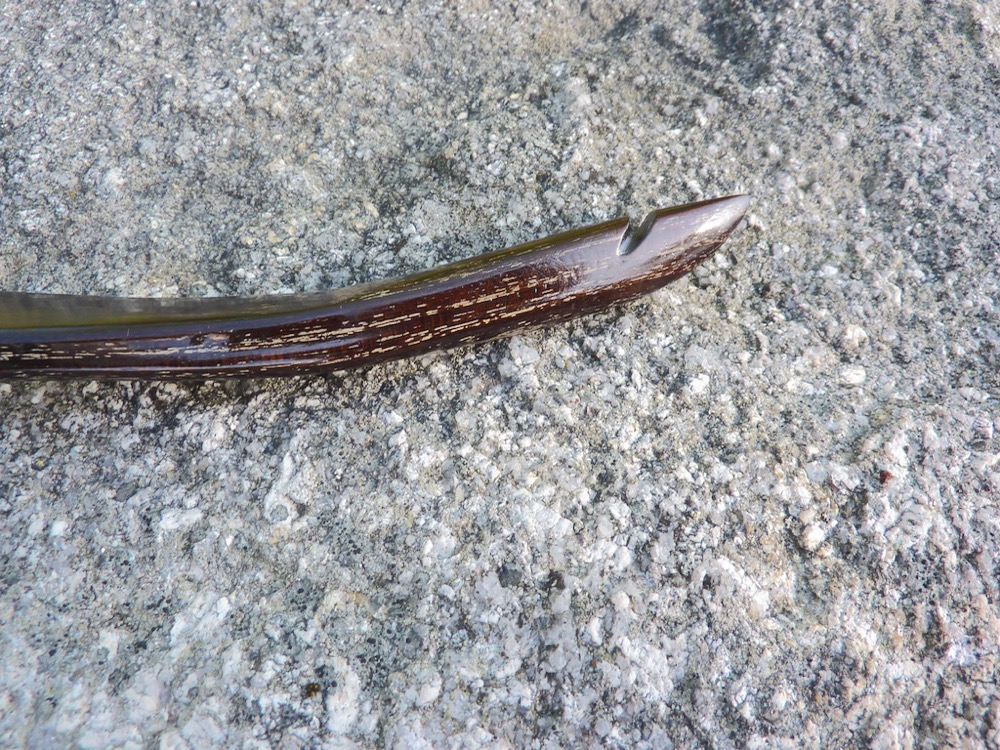 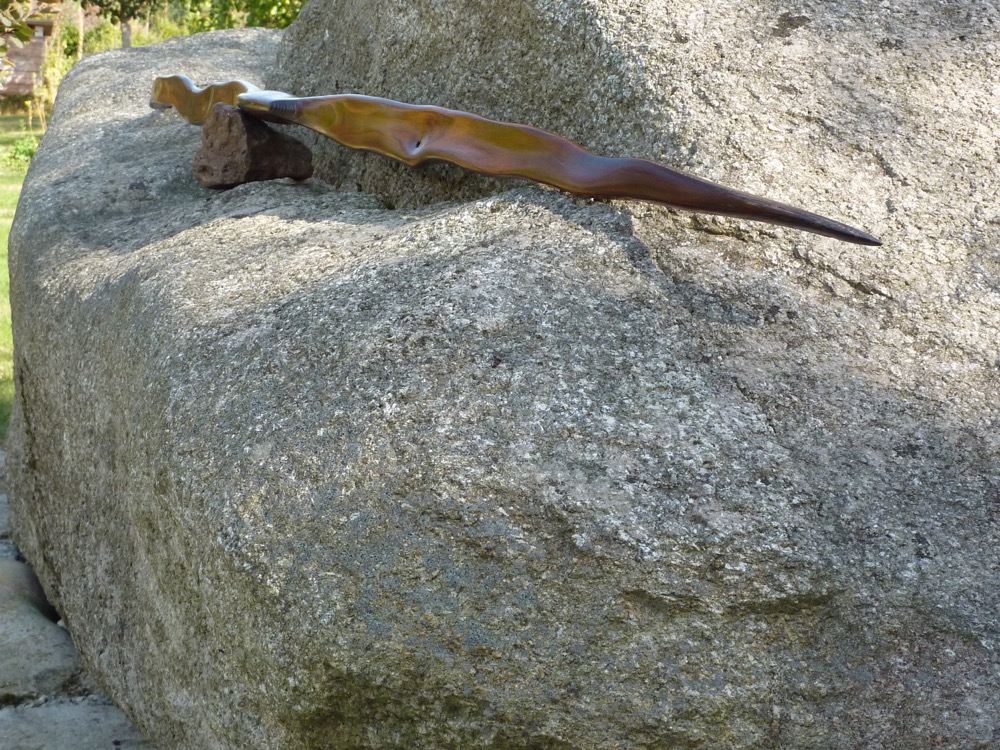 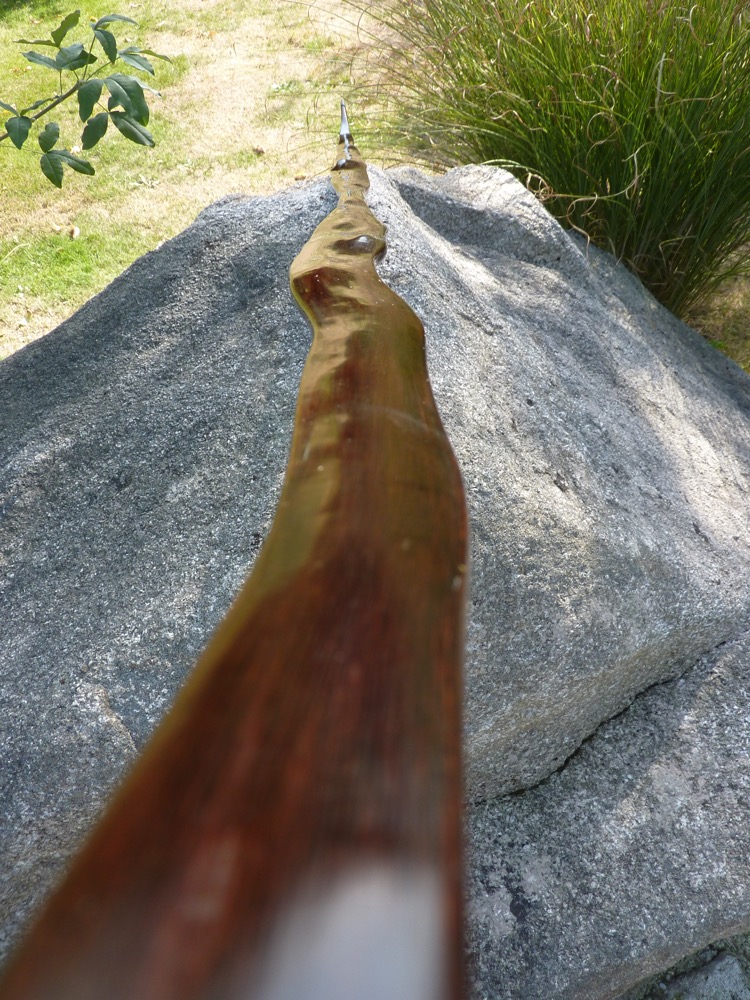 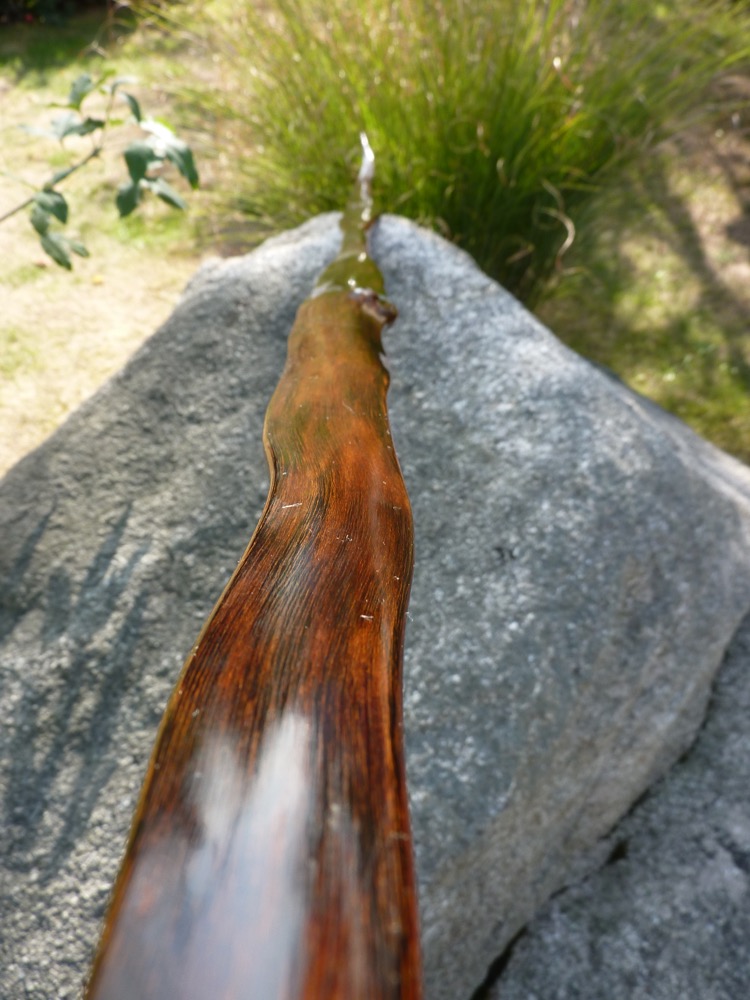 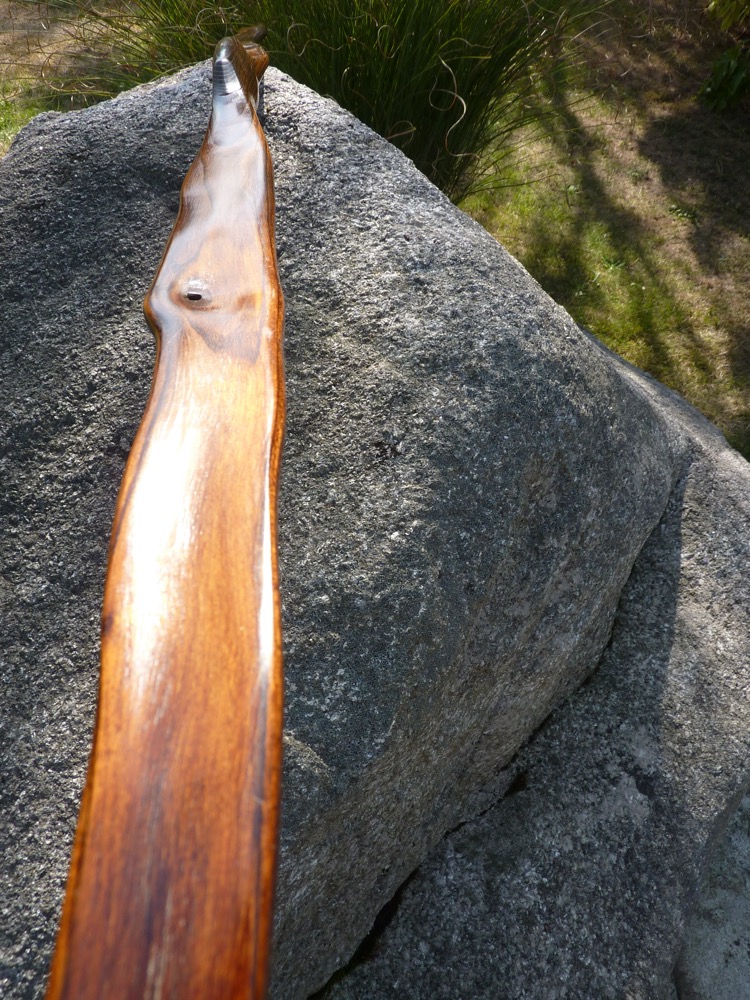 I like to shoot this bow very much. So I decided to make her an arrow shelf, a special one. I have some bronze broadheads (for necklace) and thought the color is very well matching to the bow. After some bending at the blade it followed the curve of the handle. I did a particularly inlay, the shaft is working as an arrow shelf and comes quite enough out of the handle for the arrow diameter. Here are some pics: Very nice finish! The sunlight and the rays through the trees really ennoble this beauty!
If I had a wish: I would like some descriptions under each picture posted if its possible.

Leo thanks for your comment. I will do more descriptions in future, it is always an issue of time (which I spend to much in my workshop!)

Hi Simon I just found your web site today. I have seen your wonderful craftsmanship on PA, your bows are a joy to look at. your photography is well done but there could never be to many pictures to look at, thank you for taking the time to post them. I’m going to look at more of the web site now but wanted to take a moment to say thank you for doing this I’m sure it is a lot of time and work. Take care sir, Jim

Hi Jim,
thanks buddy, it’s nice to have a positive feedback. I’m happy you enjoy my site!
Simon

I am absolutely and totally impressed with this bow! You do amazing work sir. Do you sell the bows you produce and if so is this bow for sale? Do you take orders for custom work? Thank you for posting all of these! And thank you in advance for your time.

Thank you for that nice compliment!
I will send you a pm.